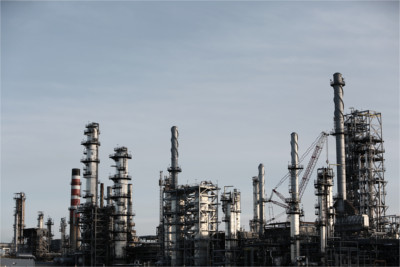 Oil blending plants mix together crude oil and additives to produce engine oils. At the time of this case, the company owned three plants employing around 480 people and with a turn-around time from order to delivery of 31 days. These were unionised, labour intensive operations though each plant had some degree of automation in parts of the operation.

The company decided that by bringing together all automated aspects into one new plant they could reduce the time from order to delivery to 5 days with a staff of one-third of the original head-count. The one-off saving on stock alone would amount to $25m.

Commentators at the time described the general culture as being hierarchical, status conscious and siloed. The new management team saw the integrated blending plant as an opportunity to establish a very different culture. They needed a plant that would be operated flexibly because short delivery times demanded adaptability. For people to be resilient in the face of this greater uncertainty, they saw that everyone needed to understand the business and commercial case and so why they were likely to face more fluctuation in pace and demand. They needed an approach that supported the commercial priorities and was more in accord with the times.

To underpin their approach, they kept closely to contemporary thinking attributed to McKinsey and that has largely stood the test of time since.

McKinsey saw that for survival and prosperity, organisations needed to be ready to adapt to the world around them. As much as the organisation is part of a system, so it itself is a system made up of interacting elements. These they coined the ‘7S’ – Strategy, Structure, Systems, Staff, Skills, Styles, and Share Values. They argued that these factors had to be aligned if adaptation was going to be effective; changes in one area alone would not be sufficient.

what they did in practice

To this end, they planned a series of activities to run alongside the assembly of the physical plant. As described below, behaviours and processes were built-in that were consciously ‘anti-silo’. Not in any order, these included:

Recruit for values as well as ability. While they needed people who were technologically literate, they recruited as much for attitude as ability. They looked for people who fitted the values, were open-minded and ready for the change. If they had ability or potential yet were not technically up to speed they were still recruited and given necessary training at the local technical college.

Business case and transparency. Each person recruited into the plant attended a session where the financial case was laid before them and discussed. To ensure everyone understood the figures and implications, those who needed it could attend a training workshop on ‘Finance for non-financial managers’. Financial transparency became a corner-stone of the operation, something that was not part of the traditional culture at the time.

Induction that fitted the culture. All people recruited into the plant went through the same Induction, without exception. This meant attending workshops as well as on-site introductions to each aspect of the physical plant.

The management team was very careful which local college they contracted to provide the training. They looked for flexibility and openness, often requiring lecturers to carry out the training on-site rather than on college premises. They wanted to be sure it was run in a way that reflected the ‘shared values’; they did not want anything didactic or hierarchical. By carefully choosing where to run the sessions, they also avoided the possibility things would slip back into the traditional ways in which the college operated on its own site.

They also decided that everyone on site would wear the same design of overalls, and would eat at the same restaurant, very different to the tradition of Managers having separate dining arrangements to Supervisors and manual workers.

The plant was commissioned on time and on budget, and the transition went exceptionally smoothly. This was no mean feat considering nearly 300 people were made redundant or redeployed in the process. Those that remained needed to adapt quickly to a very different and demanding physical operation.

More than that, the new system was entirely untested. Nowhere at the time had all these technologies (high-bay warehouse, automatic guided vehicles (AGV) etc) been brought together on the same site. The one ‘disaster’ occurred when AGVs were not positioned correctly to receive a large supply of oil drums that proceeded to cascade around the floor of the plant.

Fortunately, in a highly-automated plant, there was no-one in the vicinity to get injured.

Throughout the transition and into the first year and more of operations, Management, Supervisors and Technicians all fell into the shared values way of working. They worked together, dined together and wore the same work clothes etc.

The transition was seen to have been highly successful, both commercially as well as the style and manner in which the new plant was established and run.

The management team had been so successful that it was not long before many were promoted into other areas and moved away, often with a mandate to apply the learning generated from the successful launch of the plant.

Over time, new management were appointed, frequently from other parts of the company. They were not aware of the history and had not experienced the powerful process of forging the new culture that accompanied the setting up of the plant.

The last word comes from a site visit some 2-3 years later, in which visitors reported a very different and much less motivated and energised atmosphere. Small pockets of management were no longer using the communal on-site restaurant but meeting and eating off-site. Dress code had begun to lapse; not all management adhered to this manifestation of the original ‘shared values’. The site was still operating as planned, but the increased management time and resource needed to address the fall-out was starting to become apparent.

Perhaps inevitably, no longer was it the smooth, high performing, self-managing operation it was at the start.

This is a fascinating case of a successful, green-field change operation that relied heavily on adopting and being committed to a fresh and different culture. The ‘big 3’ were in place: the Mission was clear, the Culture was agreed and Leadership was not only committed, it ‘walked the talk’.

As the postscript suggests, it is also an example of the ways in which strong, effective culture – and the behaviours that stem from it – can be undermined. Sustained performance needs careful management and the discipline to keep it going even when the initial fervour and excitement have started to fade.

This case was written by Morley Potter and is based on a recollection of events that took place in the late 1980s. Specific references to the company have been removed. Historical inaccuracies, omissions or inappropriate interpretation are entirely possible due to the passage of time.